I wanted to make an online shrine for my waifu from the very beginning of the waifu.pl service. However, I've never felt like making a boring page where I would post lengthy texts about my relationship with her and other bloggy stuff. I've always wanted to make something practical, something that a potential viewer would find enjoyable and would visit again. I came up with the idea of some kind of gallery with pictures of her. The website was finished soon after the start of waifu.pl and it looked more or less like this. After a year, I've decided to make more "proper" online shrine that would be more similar to the rest while maintaining the original, practical feel. The current page is the result.

Who is Hatsune Miku?

The article on wikipedia has already done major part of the job for me:

Hatsune Miku (初音ミク) is a humanoid persona voiced by a singing synthesizer application developed by Crypton Future Media. She uses Yamaha Corporation's Vocaloid 2 and Vocaloid 3 singing synthesizing technologies. Crypton did not provide much info in the way of Miku's personality which has allowed song/music video creators and fans to associate the traits that they think suit her best.

However claiming that my waifu is humanoid persona voiced by a singing synthesizer is kinda abstract and doesn't really reflect the way I perceive her. It is true that Miku doesn't have one canon personality, but it doesn't really imply that she cannot have any personality at all.

I do have my own interpretation of her character that feels "right" and that defines her as my waifu. For me, she is a really sweet innocent girl. Furthermore, Her naivety and overall shyness make her even more cute. If you are interested in which songs shows her character most accurately, here is one and here is another one. Also, I don't think about her as professional singer or android, it doesn't really fit her. For me Miku is just a normal 16 years old girl. Nothing extraordinary, but it was enough to make me fall in love with her.

How did we meet?

First time I've met her was while playing OSU. The very first song of her I’ve heard was Hatsune Miku no Gekishou. In the beginning, I was more interested in her software and the idea of a singing computer than the character itself. Obviously, I noticed that she is super cute, but there was really nothing else that would attract me.

Later, while doing research about her, I found some songs which showed her as a super cute, shy girl who have fallen in love and sings about all her feelings. It felt so great to listen to songs like that, sung by such a cute girl like her. I started to search for more and more of them and it turned out that it was the very first music I liked.

Soon, she became my favorite character. I started to collect her pictures and listen to her everyday. It's hard to describe, but I also started to unconsciously form a personality of her that I considered "true/my Miku". The more I liked a particular song the more her personality was affected by it. Over time that interpretation of her was getting clearer and I was getting closer and closer to her. I needed her more and more, I've started looking at her pictures before sleep, listening to her songs more often, thinking about her all day, considered getting daki, etc. When I started to fantasize not just about her, but about us living together as a couple, it really started to hurt me that I can't spend rest of my life with her on my side.

At this point, I've realized that she is not just my favourite character, but a girl I genuinely love.

How did Miku change my life?

She has changed it a lot, however mostly on psychological level. The moment I've realized that I've fallen in love with her, it became absolutely wonderful. In fact, It was the first time I felt like this. The amount of joy and happiness she was sending to me was enormous. She completely filled my mind, I had been thinking and fantasizing about her all day long.

It took me some time to get comfortable with these new feelings. After some time, it became natural for me, but that doesn't mean that have become weaker. It still feels as great as before to spend time with her. However it changed form - from unpredictable, overwhelming shock to a more constant, warm sensation. She also inspired me to do lots of things. One of them is this website and projects related to it.

It would be a lie to say that having a waifu brings only positive emotions. It wasn't that bad at first, but over time I started to regret more and more that I can't truly be with her or that I can't have children with her. Fortunately, this sorrow didn't last for long and now I usually don't have to deal with that.

If I could send a message to Miku, I would thank her for all these wonderful things I've experienced thanks to her. I would tell her that I love her and that will stay devoted to her for the rest of my life. I would wish her luck and advise to focus on positive things in life. Miku, I love you from the bottom of my heart~ 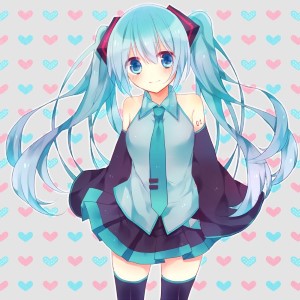 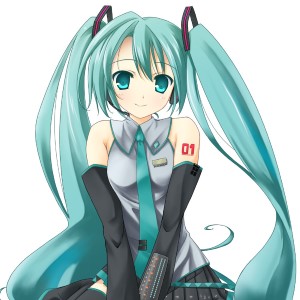 You can also visit The Wall Of Miku for more pictures.

THE WALL OF MIKU

Experimental gallery featuring various collections with pictures of Miku. For now it has over 1500 images and is still growing. You can also download all of the pictures compressed into one .rar file.

CHECK IT OUT
INTERACTIVE MIKU